skip to main | skip to sidebar

So... I have been working on and off over the past few months on a Call of C'Thulhu campaign. I am in an online fifth edition D&D campaign with some friends, and my one friend's daughter and her friend, but it has become kind of stale, so it was suggested that maybe I can run something when our current year-long campaign comes to an end, which will be soon (we are in the endgame of confronting the big baddie, an undead mind flayer). I decided to work on a campaign that takes place in Winnipeg and Manitoba (where all of us live), and to take advantage of all the assorted mystical weirdness that you can find around you in this place.

Right now, I have two branching parts of the campaign... one that accounts for the weirdness of the wilderness of Manitoba in the 1920's, and one that deals more with Winnipeg, the "Chicago of the North", of the 1920's.

To start the campaign, I plan to have the investigators fall in to the high society circles of T.G. Hamilton, a kind of "medium to the stars". He hosted seances at his home, and was famous for his photos of "ectoplasm" which resulted from these seances. Among his many visitors for a seance was Sir Arthur Conan Doyle, author of Sherlock Holmes, so I figure having them rub shoulders with him sets them up for future shenanigans outside of Winnipeg. Anyway, the first adventure is actually a fairly straightforward murder mystery - a two-bit con man convinces the wrong people that he has extraordinary capabilities. When his fraud gets discovered, he is on the run from the cultists he has angered, and the investigators have to try and get to him before the cultists do. There's nothing overtly supernatural in the adventure... there are some seeds laid for the future, but it is all pretty ordinary.

After that, I was planning on running them through The Haunted House (with a little retconning to fit it in to Winnipeg).

Then, there are two choices they can go, depending on whose appeal for help they accept.

The one I am working out right now focuses on a secret cult to Ithaqua, and ties together the seeds of thunderbird nests (a real thing... http://www.mhs.mb.ca/docs/sites/thunderbirdnest.shtml ), the legend of Manipogo, the legend of the Ghost of the White Horse, Bigfoot, people disappearing after walking three times around the graveyard of St. Charles parish at midnight... and Louis Riel and the Red River and Northwest Rebellions. More on this when I get home tonight. ;) 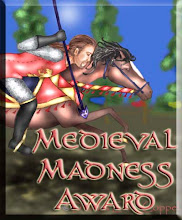